Skip to content
A version of this ran in my Family Tech column in Family Circle some time ago.
Â 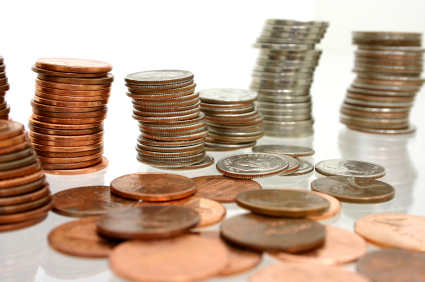 Cowry shells were once a common currency worldwide. Spanish doubloons, too, were once much-traded as legal tender. Today we American’s favor the dollar â€“ buck, greenback, moolah, scratch, cabbage, loot, bread, bacon, or dosh. But in my house, the Federal Reserve Note is getting a run for its money from the Internet.Â It wasnâ€™t always like this. Â There was a time my kids and I were in an ongoing tug of war over Internet time and money was just money.

My kids believe that every waking moment is a good amount of time to spend online. I disagree. So I used the free OnlineFamily.Norton.com parental controls to set time limits, filter out smut, and alert me to any problems. It worked fine. But it didnâ€™t stop the arguing. Â Once their time was up, the whining, cajoling, begging, and sulking started. But one day, while starting yet another sentence with â€œIf I hear one more word on the topic Iâ€™llâ€¦.â€ it occurred to me that anything this coveted was a valuable form of currency.

Why wasnâ€™t I bartering with it?

So I came up with a plan to spin our daily argument 180 degrees.Â We have a wireless network in our house. At any given time there might be any one of several computers, iPods, smart phones, and tablet PCs connected to it. (I know. But it’s my job!) We also watch movies via a Roku box or Tivo, both of which access the Internet through that router. So controlling access to the Internet really came down to controlling that one small device.

Internet cafÃ©s charge for access by trading a password that changes daily for cash or patronage. And thatâ€™s what I decided to do: exchange the internet password for â€œgood behavior,â€ as defined by me. (Tyrant is another word for mother, right?) Configuring a wireless router isnâ€™t something even a geek embraces. But it isnâ€™t harder than cleaning the bathroom if you live with two teens. Your router probably came with software to control it. Depending on who made your router that software might be rudimentary and cryptic or a treasure trove of power and control. Open it and find out.

If your router is a Linksys E-Series, X-Series or Valet, there’s an app for this! Go to the Apple App store or Android Market and look for the Cisco Connect Express app.

Every time I change this password, they have to come to me to get the new one. Â And, when they do, I insist they finish their homework, read a book, get some exercise, do a chore, and go outside before I’ll give it to them. (Whining = no password. Try again tomorrow.) I no longer have to persuade, threaten, or argue to get them to get up from the computer and live. Mom is awesome!

Lucky you! This is a good time to install a Wi-Fi network. New wireless routers are easy to set up and deliver fast surfing from anywhere in the house. The Cisco Valet line comes with the best parental controls I know of in a router and is super easy to install. Â The newÂ LinksysÂ® E4200 v2Â Maximum Performance Dual-Band N900Â is speedy, lets you easily set up guest access (give guest access to the kids so you don’t get booted off every time you change their password), and covers a large living area. Both work with the Cisco Connect App.

You usually donâ€™t need software to change the settings on your router. Â Though software shields your lovely eyes from the ugly DOS-era menu you will encounter if you go it without. You just need the router’s IP (internet protocol) address. Look at your router to find out who made it. (Probably Cisco, Linksys, Belkin, D-Link, or Netgear). Call that company or go to it’s Web site for help. Or go to the manufacturerâ€™s Web site and search for â€œsetupâ€ and your routerâ€™s model. You will probably find step-by-step instructions.Â The Internet Protocol (IP) address will look like this: 192.168.1.1. (In fact, that is the IP address for most Linksys routers.) Or go to this page at TechSpot for a very handy guide to finding your router’s IP address. Enter that â€“ and nothing else — into your browser.Â You know you are in the right place when it asks you for an administrator name and password. If you donâ€™t know those, you probably never changed them. The manufacturer can give you the default (often “Admin” and “password”) or help you reset the router to the default if you changed them and forgot what they are.Â Once you have logged in, look for Wireless/Security and type in a new password. And this time write it down where the kids won’t find it! Then bookmark that page in your browser so you can change the password with a couple of clicks when you want to lock the kids off the Net.

5 thoughts on “Hacking Your Router to Control Your Kids”