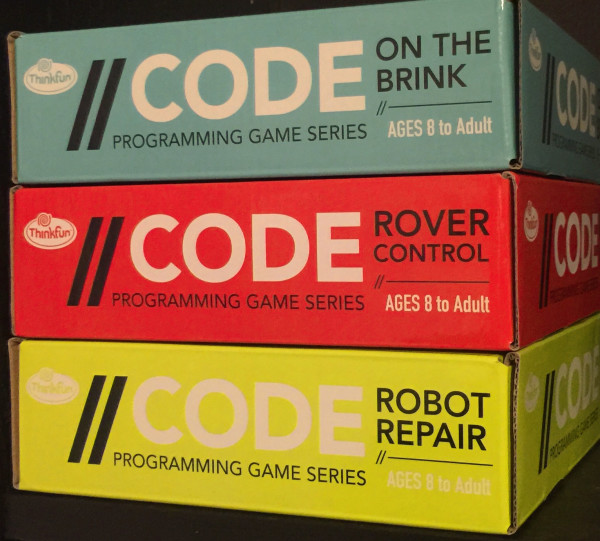 I’m the game geek here at Geek Girlfriends.  Teaching kids coding through games is all the rage this year and the //CODE Programming Game Series by the folks at Thinkfun are designed to do exactly that. I was skeptical that a game with such a goal, could be fun. But, if it’s a game, I’ll play it. Once. 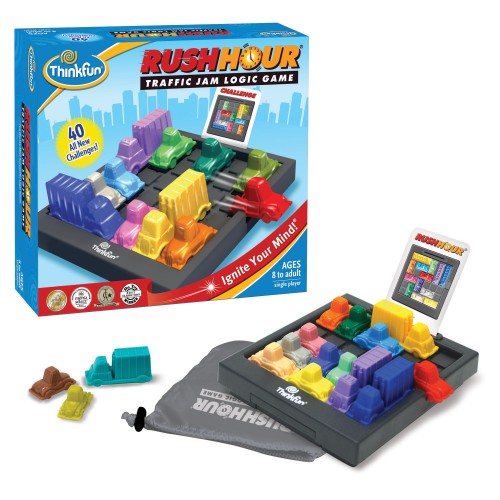 Thinkfun is the creator of the now-classic, vehicle-parking-lot-puzzle-game Rush Hour, which I enjoy and recommend. So I had high hopes. I don’t know why I love Rush Hour so much. It satisfies something deep within me. Maybe it confirms my belief that everything in the world is an intolerable mess, but that through patient fussing, I can sort it all out? It’s a quietly addictive one-person puzzle game with high replayability.

New from Thinkfun is the //CODE Programming Game Series, three board games which — like Rush Hour — are designed for a single player. Rush Hour would be intolerable if someone was watching over your shoulder. The //CODE games are more conducive to collaborative play. But I played alone. 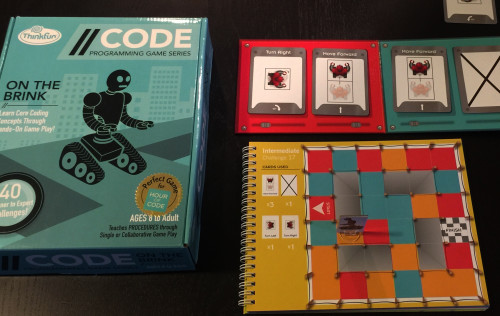 In On the Brink, you program the motion commands for a lost robot by arranging a series of movement cards. If, like me, you owned a BigTrak in the 80’s and enjoyed programming it to circumnavigate the kitchen island and slalom around the dining room furniture, you’ll enjoy On the Brink. You win when the robot navigates the entire route and stops at the Finish without falling off the walkway. The walkway is narrow and the robot is always On the Brink of falling to its doom. One false move, and it’s back to the drawing board. I had fun, playing through many levels of increasing difficulty. 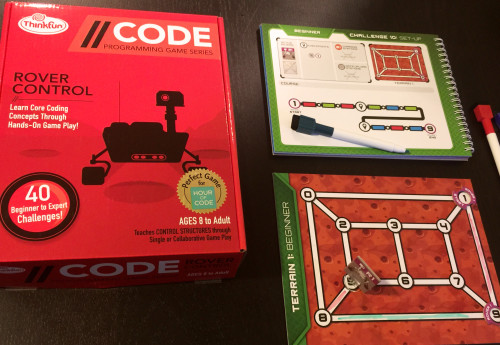 Your poor lost robot needs help getting home! In Rover Control, your robot’s path has been erased by a Martian sandstorm. And your job is to color the criss-crossing pathways in the right order so that the preset program can be run. Players use three whiteboard markers to color the paths appropriately and solve the puzzles. 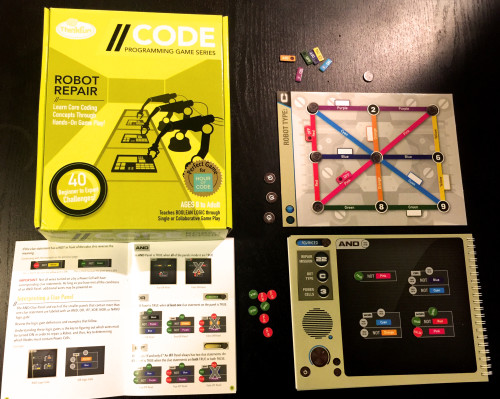 Robot Repair is my favorite of the three games in this series. This time the challenge is more abstract. A robot has faulty wiring. It is your job to make sense of the programming logic to rewire the circuit board and get it running again. The key to solving the puzzles is unlocking interconnected logic statements. Players are introduced to the logic concepts TRUE, FALSE, AND, OR, NOT, IFF, XOR, NOR, and NAND. By activating the correct wires — and only the correct wires — players get all the logic statements to read as TRUE. Only then can the robot get back to work. I found this game, though more challenging, to be the most interesting and satisfying of the bunch. A few days after I put the games away on a shelf, I couldn’t resist pulling Robot Repair down to play some more.