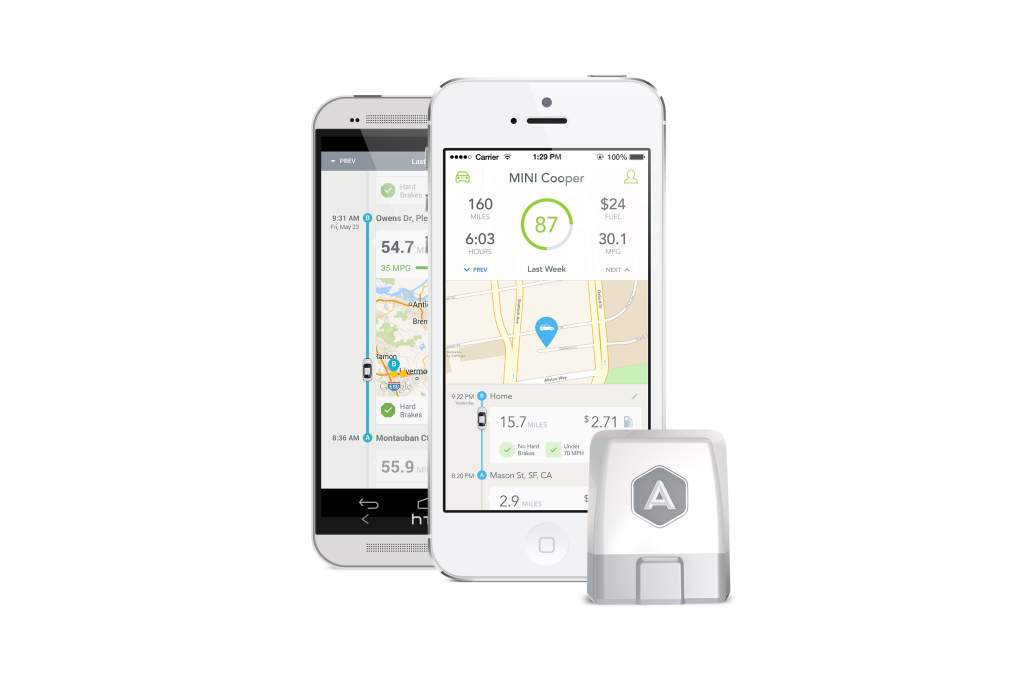 This is a guest post, written by Dennis Baum

Christina and I SCUBA dive together. In California, diving involves lots of time in the car getting to the beach. When she’s driving one of the cars she’s reviewing, she demonstrates the cool tech in new cars: lane guidance, adaptive cruise control, self-driving technologies. I am always dutifully impressed. But when we hopped into my 2002 Toyota Tacoma and, by habit, I plugged my ancient GPS into the cigarette lighter, I was embarrassed and felt the need to apologize for its antiquated ways, “Not a lot of tech in here,” I said. “Sorry.” Her eyes lit up. “I have something you could try,” she offered. “The Automatic. It’s a little doodad that plugs into your car’s diagnostic (OBD-II) port so your car can communicate with your phone.”

I wondered what my truck could possibly want to tell my iPhone. But I politely agreed to try it, not realizing Christina is constantly roping people into testing technology for her and I could have said no. I’m glad I said yes, though, because after a few weeks of using Automatic, I like it.

It’s a small white box, about the size of a matchbox. I plugged it into the OBD-II port, the most annoying part of this installation because it meant I had to crawl around my car with my butt in the air and my head down by the driver’s foot pedals to find it. (Every car made after 1996 has one of these ports.) Then, following the simple directions, I download the app to my phone, and connected my phone to the Automatic via Bluetooth. (There are apps for Android and iOS.) Now I was ready to become a better driver. And, since I’m a nerd, collect tasty data about my driving habits and how those habits impact my fuel usage.

I was hooked as soon as I realized that if my car generated an error code, the Automatic would send that code to my phone. Sure, 99% of the time the “Check Engine” light means my gas cap is loose or oxygen sensor is bad, but an actual message is much better than a cryptic light telling me there is an invisible problem I should somehow check.

Better still? Automatic calls my emergency contacts if I get in an accident. That alone makes me want to install Automatic in the cars of all my friends and loved ones. I refuse to wreck my car to test the crash alert, but I think it’s a great feature.

These are features I can’t test in my truck because my gas gauge is not tied into my truck’s computer. In newer cars, Automatic tracks your actual MPG, which can reveal problems with your tires, engine, and driving style. With my older car, it monitors my driving style and sends me a score. The smoother I drive, the better my fuel efficiency, and the higher my score. (I’m currently in the low 90%’s.) 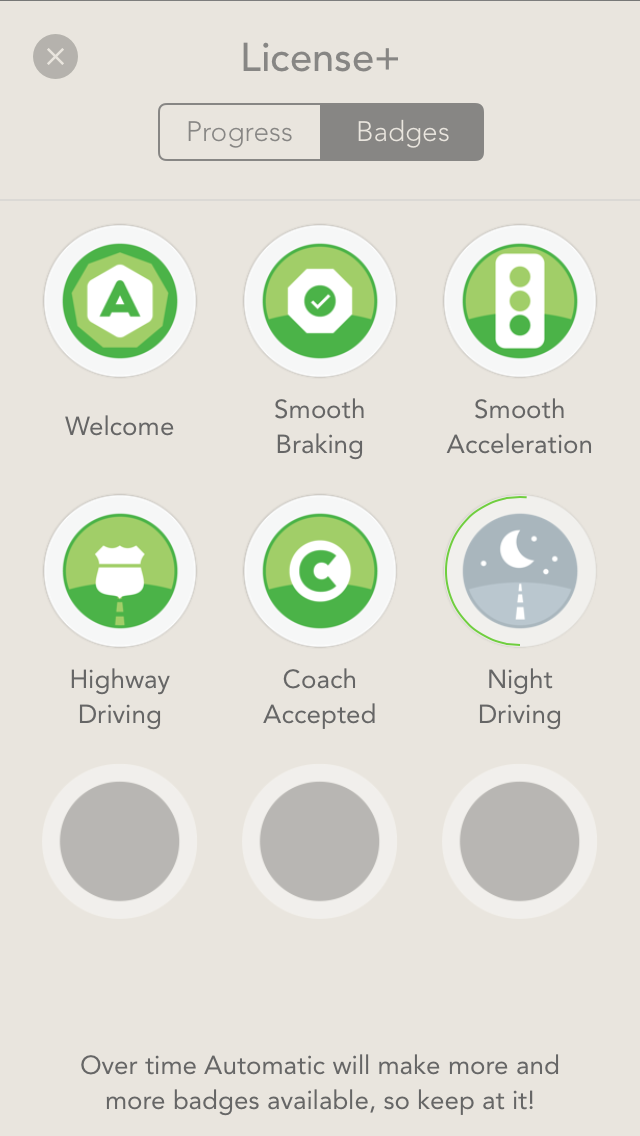 Automatic records every time I accelerate fast, brake hard, or drive over 70mph. And I can earn badges for mastering skills such as driving 50 miles without a fast acceleration, not braking hard, driving on the highway, or driving ten hours at night. The Automatic encouraged me to invite someone to be my driving coach. I invited Christina. So now she gets to congratulate me when I drive well. (Which, for the record, she doesn’t do often enough. I’m a good driver. And I’d appreciate a little recognition.) I can also ping my coach when I stop the car to tell her I arrived safely. The coach link stays active for 100 hours of driving (approximately six months).

I am a game geek, so I like the idea of earning a score, but even at 93%, I think my driving score should be higher. Over half of my hard-braking alerts are beeping at me while I am driving at a constant speed. Maybe GPS inaccuracies look like hard driving? I’m annoyed that I am losing points for this. And I’m a confident adult who is just playing at this driving coach business. If I was a teenager, I would be downright angry that Automatic was ratting me out to my parents for something I didn’t do. And if I was a parent, I would accuse my teen of hard driving and doubt these feeble denials. (Though, for the record, my coach insists that the Automatic never accused me any of this hard braking.)

Where Did I Park?

Finally, Automatic remembers where you parked. I have never lost my car this way so I didn’t feel the need of it. But it’s cool. Just pull up the app and it will offer up a walking map back to the car.

or www.automatic.com, Android and iOS

Dennis Baum is a U.C. Berkeley astrophysicist, a mechanical engineering designer, a SCUBA diver, and recreational tree climber. Apparently, he is also one of Christina’s geek girlfriends.