If you have ever used the social networking site LinkedIn to look for work, hire someone, or get an answer to some burning technical question, you know that it isn’t very girly there. I suppose that’s fine. That unisex thing is useful. But it isn’t inviting. It’s like a meeting in the board room where you are supposed to be all serious and pretend that sports metaphors don’t irritate you. I keep thinking there is a LinkedIn out there that’s just for women.

And maybe there is. I spoke to Harleen Kahlon earlier this week, who has founded a new network called DamselsinSuccess.com for professional women. It is still in Beta but the site is something of a hybrid between a social networking site and a content site. Originally Harleen’s idea was to start a blogging network for professional women but that idea evolved and now the site offers advice columns on a range of subjects working women care about as well as ways for women to connect over issues that LinkedIn doesn’t offer such as returning to work after pregnancy and relationships. I like the package: it looks very feminine. I joined but I don’t know anyone there yet. I wish Harleen great success because I’d love to have one place to go online that could serve as a touchstone to the business aspect of my life–without the sports metaphors. 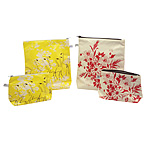 1 thought on “LinkedIn for Women”