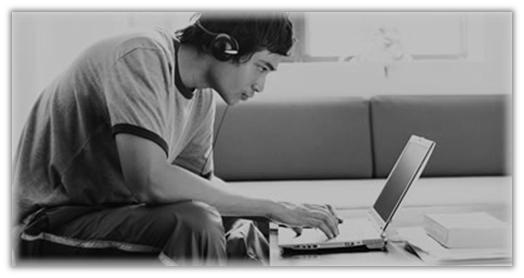 I’ve been fighting with my teen lately over school, bedtime, console game ratings, computer access, cell phones, and all the privileges that these days seem to define â€“ for him â€“ man or boy. He is surly and oppositional. He’s angry. And he’s secretive. Is this typical teen posturing or a sign of something worse? The amount of freedom I’m comfortable giving him lies in the answer to these questions. But he won’t tell me anything.

Fortunately everything he won’t tell â€“ probably can’t articulate â€“ is easy to find out with a little technical know-how. Not that I care what he says to his friends, what drama is going on in his teen social world, or anything personal. I agree he should have privacy. I only want to know that his thinking isn’t taking a dark turn, there are no obsessions or drugs in the mix, and that this “angry” teen behavior is of the developmentally appropriate “outgrowing my childhood ways” variety. Not the “about to snap” brand.

I watched my mother go through this with my brother and she was reduced to giving him what we called “Snake Eyes” whenever she looked at him. We all laughed at her. But I know now what she was going though. She was trying to see inside to find out how bad things were.

But I have a better way to look inside. I installed OnlineFamily.Norton, which is free till Symantec decides to charge for it â€“ and such a time has not yet been named. It offers Web filtering, time controls for the computer, monitoring of social networks, and the ability to block sites. But for my purposes, I used it to look at the sites he was visiting and the searches he was doing. It took me perhaps 10 minutes to install the software on his computer and configure it from mine. Then I checked in every day to see what he was up to.

I am happy to report that it was all pretty innocent.

He got mad at me for installing it, though, because I turned on the time controls that kicked him off his computer after a couple of hours. I did that because I was worried. But then I saw the wholesomeness of his Web forays. They were curious, a search for light entertainment, and â€“ to a surprising degree â€“ school related. So when he came to me, with his argument all ready, to ask me to turn off the time controls, I agreed without hesitation. I set them to remind him that he’d been at his computer for two hours (time can get away from all of us) but left the decision about what to do about it up to him.

He looked stunned. He’d clearly been expecting more of a fight. He smiled at me for the first time in days.

Next I set the online tools to stop showing me everything he was up to â€“ I don’t want to be a spy — and simply alert me if they saw something suspicious.

Now when I look at him, I’m not worried. I’m happy to see him. His anger doesn’t look ominous. His refusal to talk doesn’t look secretive. And his oppositional behavior seems typical. I know he’s pleased that I’m not always worrying about him. Worry gave me snake eyes. And when someone is looking at you with snake eyes, it’s hard not to feel guilty.

2 thoughts on “How to Stalk Your Kid”