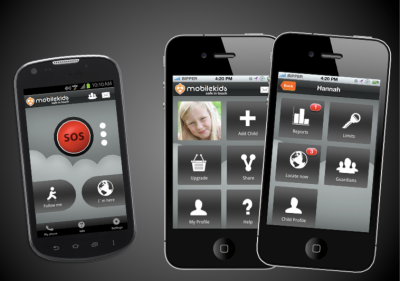 Iâ€™m a stalker. Or at least thatâ€™s what my kids tell me.

If my son leaves school early, I get a text. If he tries to sneak out in the middle of the night and take the car, my phone alerts me. I can log on to see how well heâ€™s driving and where the car is.Â In fact, I have an app on my phone that tells me where either of my kids are any time I want to know. And I have an app that lets me limit or shut off their access to the Internet at home.

(I covered the details of my parent-as-stalker (car portion) plan for JeanKnowsCards.com recently.)

Have I crossed a line? I don’t think so. I think “stalking” is an essential parenting skill these days.

Both of my teenagers are fantastic, responsible, polite, intelligent kids. But they are young. And they live part of their lives in a virtual world that can only be effectively supervised electronically.Â When I was young, the world stayed neatly outside the walls of my parents house. If I went into it, it was because I chose to and had their permission. At the very least, they knew I wasn’t home. But my kids can access the world — one that requires a ratherÂ evolvedÂ savvy to negotiate — from any number of screens while they appear to be at home. So I use technology to supervise them. And, since it’s there, I use technology as a backup for when they aren’t home. I make no secret about doing this. And they don’t really mind. I think they like knowing I have their back.

In fact, my son got a flat tire recently and called for help. He’d never changed a tire before. He also had no idea where he was. (He’s only been driving solo for a few months and was — at least at that moment — completely lost.) No problem. I looked up where he was online. And my husband drove there and taught him to change a tire. He was happy to have stalker parents at that moment.

So when Silje Vallestad of Bipper.com asked if I had a few minutes to talk about an app she’d spent years building to help parents supervise a cell-toting kid, I was all ears. She, too, is a dedicated “stalker” parent. Or at least a parent determined to provide supervision over her kids’ virtual world. But she couldn’t find the cell phone tool she wanted so she built one.

â€œI wanted to set limits on the way my daughter used the phone the way my parents did,â€ She told me. â€œWe had aÂ land lineÂ when I was a kid. My parents could pick up an extension and hear who I was talking to. They could also hear the phone ringâ€¦or not ring when things went badly for me at school. So there was no way I could receive phone calls in the middle of the night. It would wake up the whole house.â€

Calling a cell phone is private, though. So parents have a hard time providing this level of supervision. A cell phone can ring at any time of the day or night. And texting is more private still. It’s hard to stop any of this. Even if you subscribe to your cell carrier’s parental controls, a tech-savvy kid can use an app and your Wi-Fi network to call or text. And it is difficult to know who kids are talking to unless you look at the phone or go to your cell phone providerâ€™s Web site and study the call history.

â€œMuch of that feels like reading the kidsâ€™ diary,â€ says Vallestad. â€œAnd itâ€™s a lot of work.â€

So her mobile app â€“ Mobile Kids — was born. She developed it in Norway â€“ where she is from â€“ but brought it, and her family, to the US last year.

Once the app is installed on the childâ€™s Android, Apple (with fewer features), or Symbian phone, it will alert you if she installs an app or adds a new person to her social network. It will also allow you to set time limits on phone use â€“ right from your own phone or the Web site. For example, you could set it so the phone wonâ€™t call (unless itâ€™s to call you), text, or use data â€“ not even Wi-Fi â€“ after bedtime. (The time controls don’e work on the iOS (Apple) App, though, because Apple doesn’t allow that sort of remote control.) It will also install a panic button so your child can call her parents, other parents, babysitter, or teacher (whoever you set up) with one tap if she is lost, scared, or needs your help. And it has a nifty â€œFollow Meâ€ feature that allows the child to tap a button to ask you to keep an eye on her progress as she walks home from school or a friendâ€™s house.

If you are more concerned with your own safety — or your sister or mother’s — you might prefer Bipper’s safety app, bSafe, which installs that walk with me and SOS button on your Android, Apple, or Symbian phone.