Today is, apparently, Geek Pride Day. And as a present, the folks at the IT staffing company Modis, sent me the results of a survey they did on how geeks are faring socially these days. It seems ratings are high for we geekier members of society. Though only 17 percent of those surveyed actually consider themselves a geek, 71 percent view geeks as successful. (Yeah! That’s right!) Eight out of ten would be pleased if someone called them a geek and three out of five women consider this label a compliment. Many believe the term describes someone who is extremely intelligent (45%), can be relied on for technology advice (56%), and is a first adopter of technology (45%).

Well, hey! That does make me feel proud. You?

But what is a geek? Is there a certification process? The Modis folks provided a graph illuminating public perception of same: 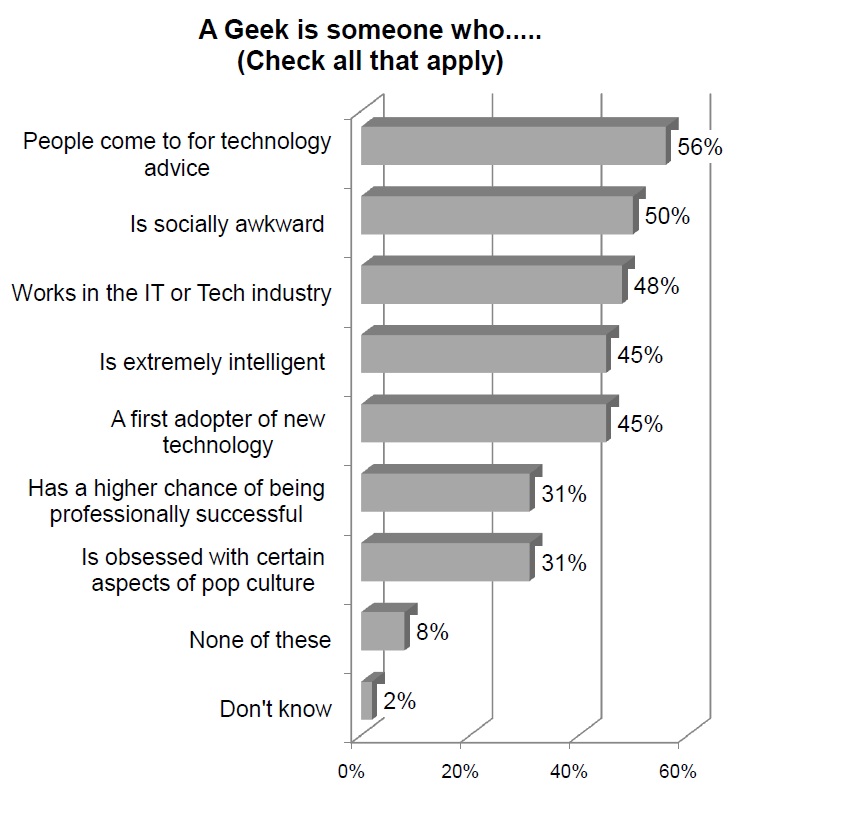 Lately I’ve been in a few social situations where I’ve been reticent about pulling out a tablet PC and speaking in acronyms. Well, no more. I’m going to go dig up the geekyfantastic t-shirt Intel gave me a few years ago and wear it to my daughter’s end-of-school-year party. That way she can see for herself just how cool her mom is. (I wonder, from the way she is backing away from me though, if there were any middle-school kids in the survey sample.)