My girlfriend, Jen, stopped by here the other day to chat. While we were catching up, she confessed she has no time for blogs. This made me sad. Not only because I write a blog I think she would like and find useful. But because I think she would enjoy a lot of other blogs, too. (I include some in the links section at GeekGirlfriends.com) 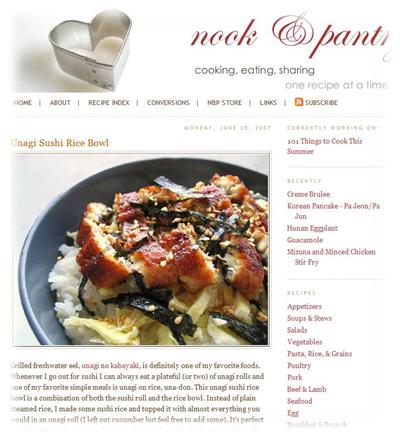 “I just don’t have time to surf around the Web reading blogs. Does anyone?” she explained. “Though I think I should read yours. Technology is the bane of my existence.”

This attitude is common. I’ve also heard people say they get their news from TV because of this. I don’t blame Jen or anyone else who feels this way. But since most geeks I know get their news online and read blogs to save time, this is clearly an acronym problem. I think the stupid acronym RSS is clearly to blame. It stands for “really simple syndication” and it’s the secret to keeping up with all the blogs and news sites you like in a few minutes a day. But the term RSS means nothing to most people.

I’ll post a detailed explanation later this week about how to use RSS to simplify your life. But for now, I want to suggest that you ignore it altogether and simply subscribe to the email feeds most bloggers and news sites offer. Look for something on the site that says, “Subscribe.” Then enter your email address into a form. And, forever more, that blogger’s posts will show up in your email in-box. You don’t have to keep track of anything, do anything, figure out RSS, or even remember the Web address for the blog. Simple.

Once you get hooked, you will hanker to have all your feeds gathered neatly together in one place. And for that, you will want to master RSS, which will take all of three minutes. But we’ll get to that later.

To get you started, Jen, I want to share a blog I like: Nook and Pantry. This blogger (Amy) is a marvelous cook. About once or twice a week, she posts a recipe she’s recently made. Her food photos are always tantalizing and I’ve made several of her recipes because they tend to show up just when I’m out of ideas for dinner. Because of Amy, my son Cole and I recently learned to cook Unagi (that eel you get in sushi restaurants) together at home. It was amazingly easy. Since Cole is addicted to the stuff, it’s expensive, and he has a bottomless appetite, Amy has not only saved me time but money. Viva la blog!

2 thoughts on “Food for Thought”