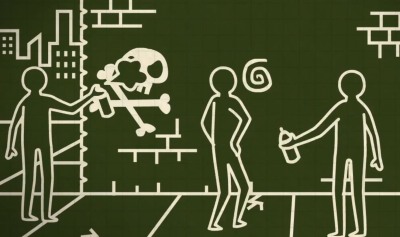 More than a decade ago, I toured a maximum security prison while researching a story on what happens to your computer when you donate it. The idea was that showing the good those computers were doing — helping to teach inmates a skill that would enable them to make a living when they got out — would make consumers feel better about giving up a machine they’d spent so much money on.

The plan was that I would get a careful tour ofÂ theÂ computer training facility inside the prison and that I would be surrounded by Â handlers all the while. Those handlers asked me not to get too close to these incarcerated men. But I wanted a quote from one of the guys working in that computer lab. “Was this computer training a good thing for him, from his point of view,” I wanted to know.

The prison guard asked the young man — he was maybe 23 — Â teaching computer assembly to the other inmates to answer my question.

His answer still bothers me.

He told me his story as background. One night when he was 18, he’d made a very stupid decision. It changed his life from an honor student intent on college to a prison inmate serving a life sentence. Very bad things happened because he agreed to drive his new car for his new — cool — friends. He didn’t know what was being planned, he told me. He was just trying to be cool. People died, though, when one of his new friends — a gang member — fired a gun into a crowd. And this young man, driving the car, was not a minor. So here he was. No college. No future he could bank on beyond this prison. The computers were certainly improving his life, he told me, what was left of it. In fact, he thought, if he’d had one at home, he would have been home with it and not out driving that night. (Think about that when you are worried that your teen is playing too many video games maybe? I certainly do.)

I think about this young man quite a lot. I told his story to my kids so they would think harder about the decisions they make and how a single bad decision can change everything in an instant. And I thought about it when the folks at Mistakes Kids Make asked me to post this video to spread the word about their pledge to change things so that when kids do something stupid, their punishment fits their crime.

Here is that video:

1 thought on “The Mistakes Kids Make … Can End Very Badly”