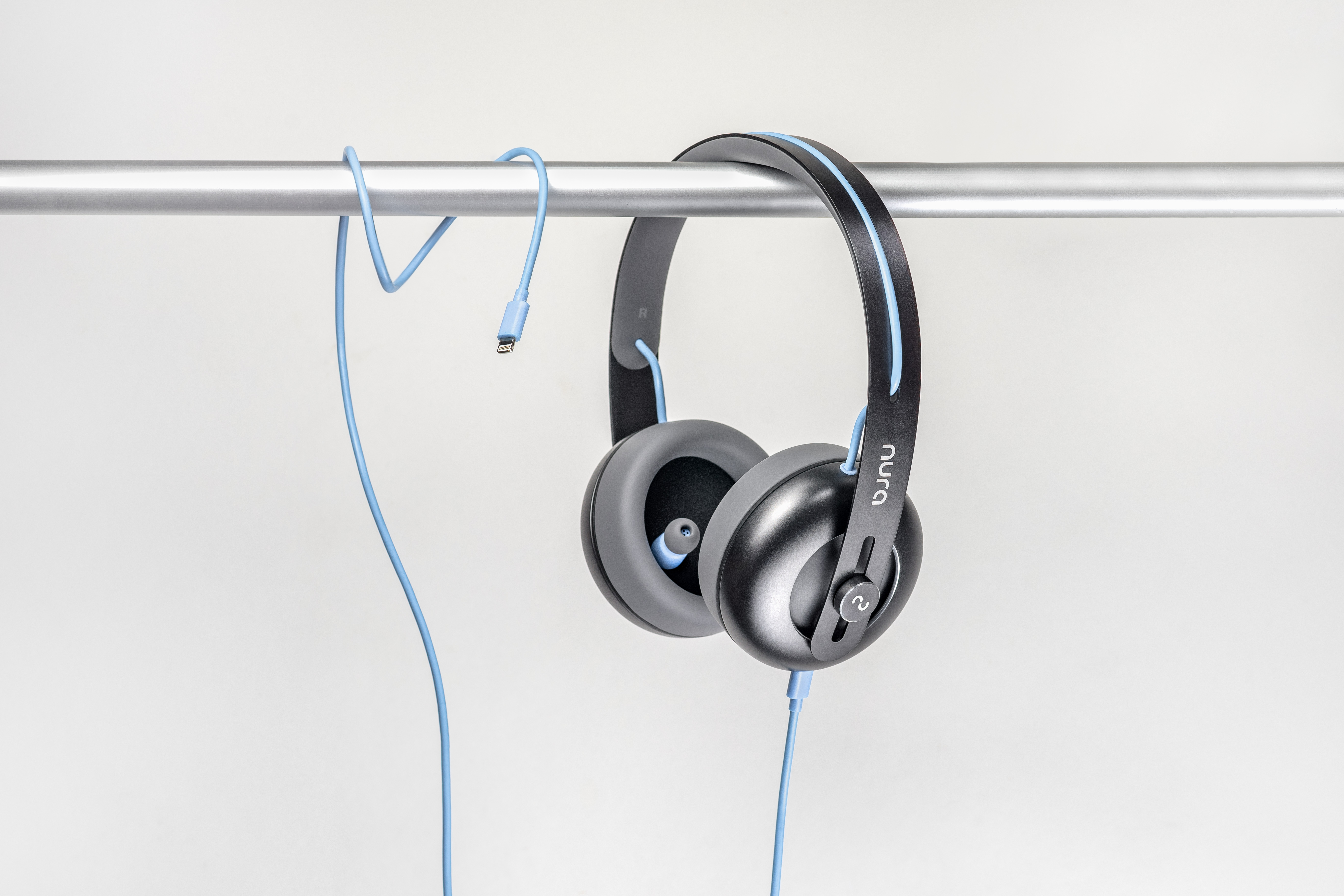 “Go ahead and cry,” Christina laughed, teasing. I blushed because that’s exactly what I was trying not to do. The prototype Nura headphones I was wearing were tapping some strong emotions.

Dragan Petrovic, COO and Founder of Nura Headphones — clad in a shiny, black Mandarin-collar bespoke shirt and jacket combination – nodded in agreement. “I’ve seen it before. And, with a beard like that, you can totally get away with it.”

I saw them both chuckle as the music took me away from this product-demo meeting and into reruns from my own life.

I had been amazed by the sound detail of the four songs Dragan had prepared for us. But then he asked us to pick songs we knew well so that he could play them from Tidal HiFi at CD quality. And here I was choking back tears, while Christina and Dragan teased me. Choosing Pink Floyd’s Dark Side of the Moon might have been hubris. I flipped through those long-familiar tracks saying, “No way… no WAY!” The last time I remember Dark Side sound that good I was in high-school, in my best friend’s living room, spinning vinyl on his dad’s high-end turntable and listening through studio-quality headphones, and sporting–it should be noted–sixteen-year-old hearing. The Nura headphones were transporting me there. I was barely keeping my beard dry.

I handed the headphones to Christina. And she selected ZZ Top’s La Grange. I watched as the emotional impact of that song invaded her world and challenged her composure. The intimacy of the vocals, the rumbling of the bass, the heartbeat of the drums, and every single note of the churning lead guitar was distinct, perfectly balanced, and rocking. It was like putting on reading glasses for music.

The Nuras are actually two sets of headphones, a completely new wearing experience. From the outside, they look like classic over-the-ear cups but in the center, ear buds stick gently into your ear. The over-ear cups deliver bass you feel through your skin. The earbuds handle the mid- and high-range notes. 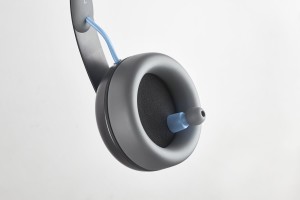 Before it plays anything, though, it creates a custom hearing profile so that it plays sound tuned exactly to your hearing. You put them on and, if the app doesn’t have a profile of your hearing, it creates one by playing a series of tones. A microphone inside each earbud listens as those tones bounce a sound wave through your ears and back to it. It analyzes that sound to map your outer ear canal and the bones between your eardrum and cochlea. Then the software corrects the sound it plays for the way you hear — and for any manufacturing flaws in the headphones. When it is done, the sound is perfect for you.

The app also displays an on-screen visual map of your hearing. Christina’s and mine looked wildly different, which makes sense. Hearing is as individual as a fingerprint. I have a noticeable dip in my ability to hear mid-range frequencies, and my right ear is less sensitive than my left. Some of this I was born with and some is due to suspect life choices I’ve made — such as dancing in the pit at Oingo Boingo concerts in the 80’s — that affected my hearing.

If the app already has your hearing profile, it recognizes you immediately from your hearing print. But, for the sake of science, Christina and I asked it to play each other’s profile. Mine sounded shrill to her. Hers, because of my lopsided hearing, sounded louder in my left ear than my right. But to each of us, our own profile sounded incredible.

When his presentation was complete, Dragan admitted he wasn’t familiar with La Grange. He pulled the headphones on, loaded his profile, and hit Play. His eyes widened at the amazing gravel texture, so clear it was like having an intimate conversation, of Billy Gibbons’ voice. And just as the vocal intro ended and the band kicked in, Dragan’s eyes welled up and he fought to keep his seasoned, product developer composure. We both saw it. We aren’t weak. It’s these headphones.

The Kickstarter is live. They won’t ship to buyers until April 2017 but they are much cheaper now than they will be then. (There are still some left at $199.) I already ordered a pair for myself. I can’t wait to listen to all my favorite music with my 16-year-old hearing again. And—just as important—I can’t wait to see how many of my friends cry when they get this close to music they love.

Dennis Baum is a U.C. Berkeley astrophysicist, a mechanical engineering designer, a SCUBA diver, and recreational tree climber. Apparently, he is also one of Christina’s geek girlfriends.