Okay, Iâ€™m procrastinating. My to-do list has 29 projects and 473 tasks on it. And writing a blog post where I intentionally set out to use the Internet to distract you from productive work is not even on that list. But I donâ€™t care. Iâ€™m doing it. 🙂

Every day I get upwards of 200 emails. Many are fascinating. But I have to ignore most of it and focus on work or I’ll go broke. So I almost always drop them on my to-do list to look at later. (Later onlyÂ sometimesÂ comes.) Â And that’s just counting the distractions that come in through email. Many more are available at every moment with just a click of a mouse through Facebook, the news, Twitter, Google +, and many other places. (I’m sure it’s the same for you.) I can’t always be disciplined, right? So Iâ€™m sharing some of the most distracting things that I tried to resist — but failed — today.

Since 1990, the maternal death rate in the US has doubled

My 15-year old was nearly 11 pounds at birth. Heâ€™s 6â€™2â€ and 180 pounds today. But if I didnâ€™t live in the West and have access to excellent health care, neither of us (nor the sister who was born two year later) would be here today. Every day, worldwide, 1000 women die in childbirth. Most are in the developing world. But the rate in the US — despite advances in medicine that are readily available here â€“ has doubled in the last ten years. Almost all of these losses â€“ to women, family, home, community, the millions of motherless children — are preventable. Merck has launched a campaign, Merck for Mothers, to prevent more of those deaths. You can afford five minutes to watch the video (above), right? 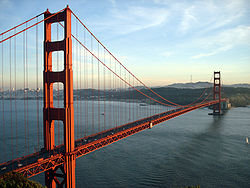 The Golden Gate Bridge was conceived by a madman. Really.

I spent more than a decade living in the San Francisco Bay Area. And in all that time, the bridges that connect “The City” to Marin County and the East Bay never ceased to amaze me. If youâ€™ve ever crossed â€“ or admired from afar â€“ the Golden Gate Bridge, you will enjoy this history of how that bridge came to be. Any story that starts with a lunatic, includes horrifying loss of life, and has a happy ending makes a good read. It would probably make a good movie. But youâ€™ll have to make do with this Wired article for now. 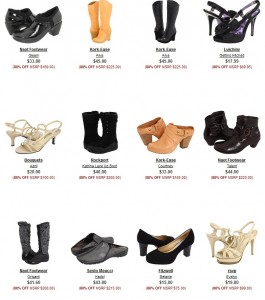 There is an awesome saleâ€¦

I buy almost everything at 6pm.com. Prices are amazing, shipping is free, and customer service is up to the standard that only a Zappos company seems capable of (itâ€™s Zappos.comâ€™s sale site.) But right now there is a very distracting sale going on. Help. Me. Stay. Strong….Oops. I shopped. But I’m back now.

I have two teenagers. So I know exactly the frustration, gall, and astonished disbelief that made this dad want to read what his daughter said about him on Facebook (warning, thereâ€™s some cussing), have the last word (her laptop is dead so presumably she canâ€™t respond in kind), and shoot her laptop in front of an audience of â€“ so far — 32,906,264 viewers. Personally, I think he should have calmly taken away her laptop, unplugged the Internet, explained to her what sheâ€™d done wrong and how long she would have to go without internet as a result, and poured himself a drink. Because one day she will (hopefully) be older and make more sense and he might actually like her. And this little incident will have created a wedge. And besides once you get into a fight with a child, the child has won. But Iâ€™ll admit that might be easier for me now because I can watch â€“ over and over — this video of him doing exactly what every parent of a digital teen longs to do. 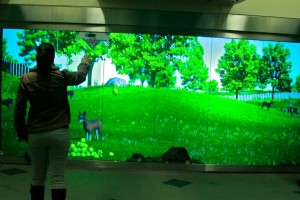 Beneful dog food sent me some cool photos of the state-of-the-art advertising billboard they installed in New Yorkâ€™s Columbus Circle subway station yesterday. Iâ€™ll bet a lot of New Yorkers were late for work because they could stop and play with this 64-foot-long interactive billboard that lets you play fetch with on-screen dog. Â The company plans to installÂ interactive billboards in ChicagoÂ (155 N. Michigan), Los AngelesÂ (Santa Monica Place), AtlantaÂ (54Alabama) andÂ St. LouisÂ (Walnut/7th St) this month as well. Unless I get on a plane, I will have to make do watching this video of three small dogs denying they had anything to do with that (unseen) â€œmess.â€

Now I really do have to get back to work.

1 thought on “Do You Think the Internet is a Distraction?”