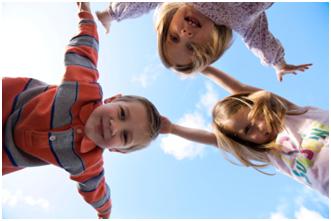 Lauren is the lucky winner in my Sansa Fuze giveaway. Thanks to everyone who played! That was way fun. Lauren will not only get an adorable Fuze (the 8 GB model)â€”for her daughter; these are perfect for kidsâ€”but one of those super tiny Sandisk memory cards for either the Fuze or Lauren’s Blackberry. Lauren could even pop the card out of her phone and into her daughter’s Fuze to share music. But I somehow doubt she will be doing that in the near future. When I told Lauren’s she’d won the Fuze, she said, “My daughter is so excited! (As am I!) Â As soon as the Fuze arrives I will be saved from having to listen to her teeny-bob music over and over! Maybe I should go play the lotto nowâ€”I could be on a roll!” I know how that is. Hannah Montana is the very reason my daughter sports a Fuze!

That was an amazing giveaway. Thanks to Kaity at Sandisk for thinking of it!

And if you didn’t win, don’t worry. I have lots more giveaways coming up. Lots! So stay tuned. In fact, I am giving away an iPod or iPhone cover from Otterbox right now. Otterbox cases look good and protect your device from the elements. I will pick the winner at the end of Octoberâ€”Breast Cancer awareness month.