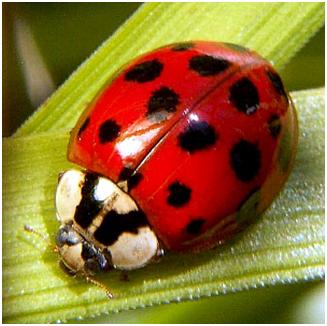 I can’t resist sharing this funny story from yesterday’s Consumerist. Apparently some poor Apple customer had problems with his laptop and sent it in for repairs. Tech support told him they couldn’t fix it because it was full of bugs. Ladybugs! (There are actual pictures of the bugs at The Consumerist. Can you hear me giggling?) And Apple tech support insisted he put them there himself. Why would he sabotage his own expensive computer? Um. Because Apple computers don’t otherwise have bugs and he wanted to be more like a Windows user?

Apple â€“ while refusing to admit the bugs are theirs — took care of the angry fan boy with the buggy laptop in the end, though, so the story has a happy ending. Who put the bugs in the laptop in the first place is still a matter of contention between Apple and its Fan Boy.

Check it out. And while you are there, sign up for the Consumerist email or RSS feed. I don’t know of another site that combines humor, great reporting, and consumer advocacy so well.

Don’t miss my book giveaway. I’ll be picking a winner in just a few hours.